Rhinoplasty is an operation aimed at improving the shape of the nose and eliminating existing defects. With the operation, you can change the shape and size of the nose, correct congenital defects and restore the tissues of the nose after injuries.

The aesthetic plasticity of the nose is aimed at correcting the shape and size:

Get rid of the hunchback on the nose

Correction of the shape of the nasal tip

This operation is performed to reduce the tip, eliminate asymmetry and correct the shape. Rhinoplasty of the nose tip is usually not required and can be performed in closed or open surgery. The rehabilitation period is short enough and the swelling and pain are less pronounced.

The plastic wings of the nose

Allow narrowing, removing asymmetry of the nostrils and correcting anatomical defects. Plastic surgery on the wings of the nose is less traumatic than other operations, as it prevents damage to the main vessels of the nose. The recovery period is short enough, and the aesthetic effect is pronounced.

Functional surgery of the nose (septoplasty)

Restores respiratory function, which is impaired due to congenital anomaly, trauma and other changes in the body that lead to the disorder.

There are also two subtypes of marked methods:

✓ Reconstructive rhinoplasty (intervention to correct the shape in congenital defects or to recreate the shape after an injury);

The price of rhinoplasty depends on the chosen method of correction and the wishes of the patient.

Surgical correction can be performed using the closed or open method. The choice of method depends on the goal of the operation and the expected result.

➤ there’s practically no swelling after the correction;

➤ no external incisions and no signs of surgery;

Is shown in complex cases and gives the surgeon more opportunities for manipulation. The doctor has access to the areas to be corrected by the incisions, which allows a more efficient procedure. The intervention is performed not only inside, but also on the columella (septum between the nasal passages). This method is necessary for a large amount of work.

Important! By the age of 18 the nose tissue is completely formed, so the intervention is not carried out until this age.

Preparation for rhinoplasty of the nose

Before changing the shape of your nose, you need to undergo examinations and take all the necessary tests (biochemistry, general blood test, blood for HIV, hepatitis, ECG, fluorography). The patient will also need to consult a multidisciplinary team (dentist, general practitioner, anesthesiologist, ENT) to minimize complications.

Two weeks before plastic surgery, the patient should stop taking anticoagulants to prevent bleeding (blood thinners). The doctor also recommends not taking vitamin E two days before the operation. Before the intervention, you should eat liquid food, and a week before the appointed day to give up alcohol and nicotine. It is prohibited to sunbathe before the correction.

Rhinoplasty in Kiev is performed under general anesthesia. Before all manipulations, the doctor makes the appropriate markings and disinfects the area. Duration depends on the chosen method, workload and individual characteristics of the patient. On average, it does not exceed 2 hours. After the intervention, sutures are applied and special tampons are inserted.

After the operation it is necessary to spend 1-2 days in a hospital under observation. There may be some minor painful sensations, which can be avoided by spasmodics. Tampons are removed on day 2-3. A plaster bandage should be worn for two weeks. At the end of the period, the bandage is worn only before bedtime. The result can be assessed after 3-6 months.

In the first few months, you should:

➤ do not massage your face or the operated area;

➤ sleep on your back, on a high pillow;

➤ do not blow your nose or peel off the crusts;

Important! Any medication should be agreed with the attending surgeon.

PRICES OF SERVICES ARE IN EURO, BUT ON THE DATE OF PAYMENT ARE ACCEPTED IN UKRAINIAN HRYVNIAS ACCORDING TO THE CURRENCY RATE. 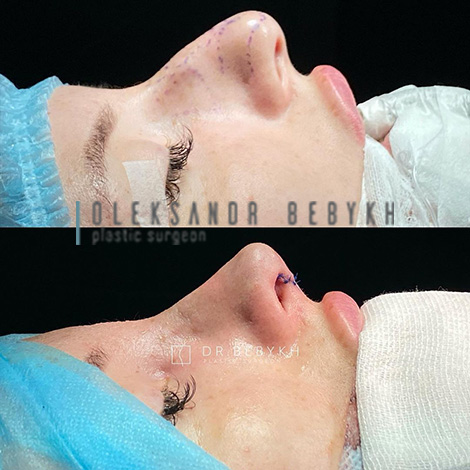 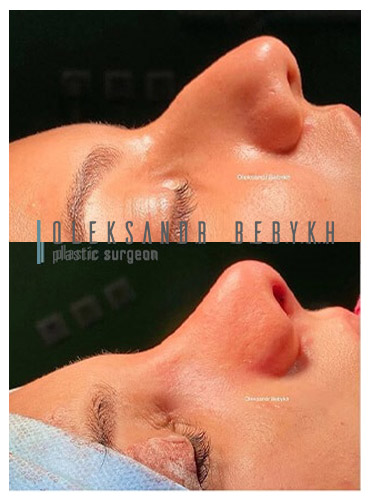 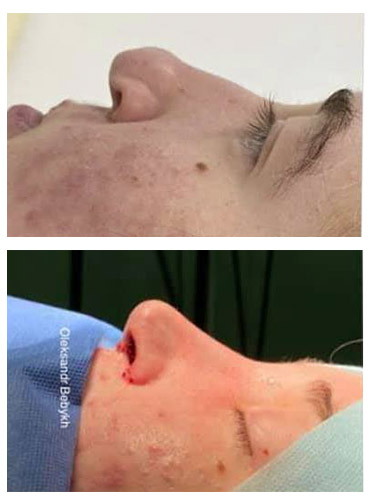 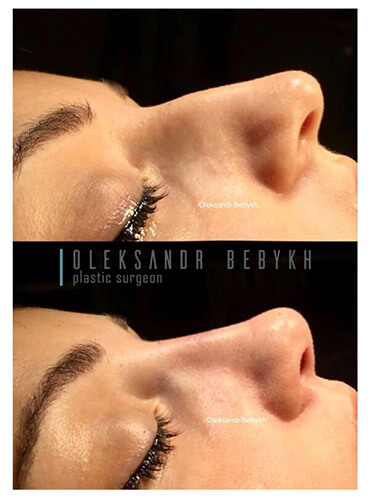 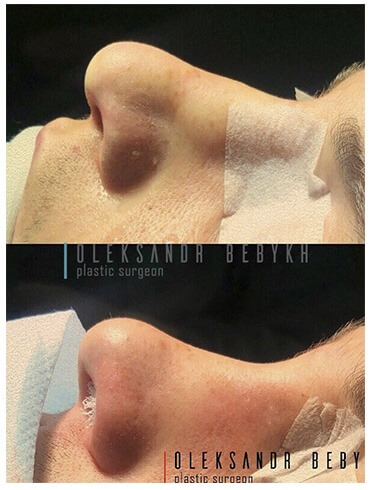 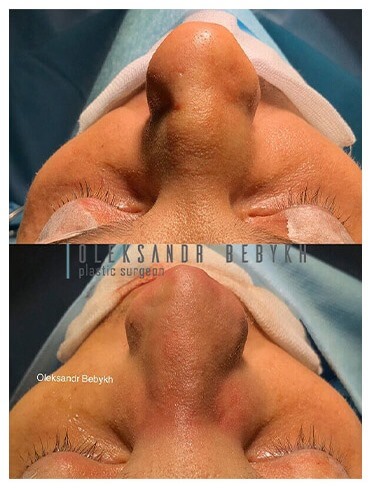 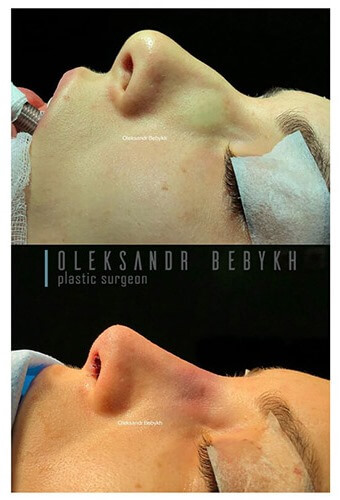 The first step to your perfect look!

Please send the completed form below in order to make an appointment with a surgeon.

The first step to your perfect look

Please send the completed form below in order to make an appointment with a surgeon.